Keep asking for the Kitty

I stopped for lunch the other day at my usual fast food haunt and was waiting for my terribly unhealthy indulgence when I noticed a fascinating little study in leadership play out right next to me.

Mother and daughter arrive at the order counter and mother places the order. Daughter, about 4, peering over the counter inquires about the toy. Obviously this is a regular stop for them, as it is for me, because daughter knew she wanted the kitty;  Not the dog, not the bird, not the horsey. The kitty. The accommodating cashier pulled the box of kids toys out from under the counter and commenced rummaging. Mother, no doubt experiencing the urgency in the lineup behind her, starts to explain to the daughter the benefits of the other animals. “I want the kitty.” Says the daughter calmly. Cashier lays out dog, bird, horse, dog, dog, dog, horse, bird… no small cat. She continues to rummage. Mom, now quite anxious, picks up the horse and starts extolling its virtues. ‘Wouldn’t you like a horsey?” she asks. “They might not have a kitty.” Daughter looks up into her mother’s anxious eyes and responds “or a kitty!” Again, with perfect calm and absolute confidence. Does she know where the kitty is coming from? No. Does she worry about the hold up? No. Does she have any concern that SOMEONE won’t be able to find her a kitty? No.  She’s calm, cool, polite, and very, very certain. Kitty will turn up. Mom tries to sell the dog; glances behind her. Daughter smiles at the cashier. “May I have a kitty please?” Cashier smiles back. Goes and gets the box from under the other counter and re-commences her rummaging. I’m marvelling at this point at the stamina of this determined four year old. Watching mom get more and more anxious about what people are thinking and how much time this is taking and trying to talk her daughter out of the thing she clearly wants, I start to see why leadership is such  a rare and sought after commodity. Apparently we start training our kids out of their innate talent very early on. Mom makes a pitch for the bird. Delightfully, daughter politely ignores her, singing “kitty, kitty, kitty.” And then, Eureka!, Cashier finds a lovely small blue cat in the second bin. Honestly the Cashier positively lights up when she hands it to our leader in training. Apparently success is its own reward. “Thank you!”, says the daughter and wanders off to the table. (I’m not kidding, the child was THAT polite!)

What makes me think this is a study in leadership? The being of this delightful four year old. She knew what she wanted and even in the face of much evidence to the contrary, she just kept calling for what was required. She had total faith in the ability of those around her to deliver and she never questioned her right to ask for what she required. Basically she was demonstrating two of the behaviours I see leaders and managers give up on all the time. First is certainty in the face of uncertainty. Some knowing that although you may not see exactly the steps from here to there you know you will get there somehow. And second is the talent for holding people accountable. It’s really a simple thing, accountability, but so many managers and leaders complicate it  with frustration, anger or ideas of rewards and punishments. None of that has anything to do with accountability. Simply put, and simply demonstrated yesterday, accountability is letting people know what they are responsible for, over and over and over, until they deliver. It’s just not taking no for an answer. If we could have been in our little heroine’s mind she might have been saying, “I see I’m taking time, I see you’re feeling uncomfortable, I see you’re having to work a little harder than usual… and I’d like a kitty. Please.”

I wonder… Where have you bought into the time pressure, the discomfort and the story that effort is bad with your team? What have you given up on because you lost your sense of certainty in the face of uncertainty. Tomorrow, maybe you could just calmly, kindly, firmly….

…keep asking for the kitty! 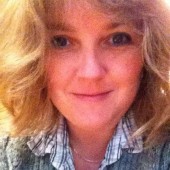 All stories by: Sharon Lewis